A single bad interview could derail a political campaign 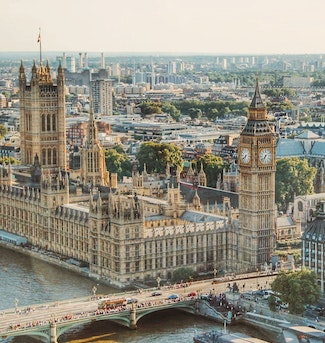 This week, parliament broke up and MPs started the five-weeklong and gruelling election campaign trail. In an age of 24-hour rolling news and constant social media feeds, the demand for content is high and MPs and others in the public eye face more scrutiny than ever before.

In the past week alone, there have been a few interviews by high profile politicians that haven’t entirely gone to plan and created unwanted headlines.

Jacob Rees-Mogg was interviewed on LBC this Tuesday and his misguided comments about Grenfell generated damaging headlines for the remainder of the week. He issued an apology, but the damage was done, and the news bulletins spiralled making it a top story, with comment pieces following the next day. There were then calls for his resignation and many Conservative Ministers were pulled into the controversy to ask for their opinion on his comments and if he should resign. One live interview and subsequently a bad week for the Tory party.

Also this week, Keir Starmer faced the feisty Piers Morgan on Good Morning Britain. He faced very tough questions, including many direct and personal ones about his house price and his personal wealth. His interview then attracted headlines for all the wrong reasons – the video was doctored by the Conservatives.

Good Morning Britain then had James Cleverly, Chairman of the Conservative Party, on the programme to talk about the Conservative’s version of the video. He faced over ten minutes of rigorous questioning about doctoring the video from Piers Morgan, but refused to admit that it was ‘doctored’ saying instead that it was edited to give viewers a shorter version and the full version was also available online. It was compelling, or brutal, depending on your viewpoint.

As Stand Agency’s in-house media trainer, I love watching news interviews. I’ll interrogate both the interviewer’s technique and analyse how prepared (or unprepared) an interviewee is. The number of people that get thrown in the spotlight without adequate training or pre-briefings astounds me.

In these toxic political times that we live in, where nuance is not valued and everything is either black or white and can be scrutinised again and again through social media, good interview technique is more important than ever. Being prepared, authentic, honest, pausing to consider your answers, and not being pulled into hypothesising about the future – these are all things that can be learned and perfected with training and practice.

I’ll continue to have my media training hat on as we face five weeks of political interviews. Watch this space.