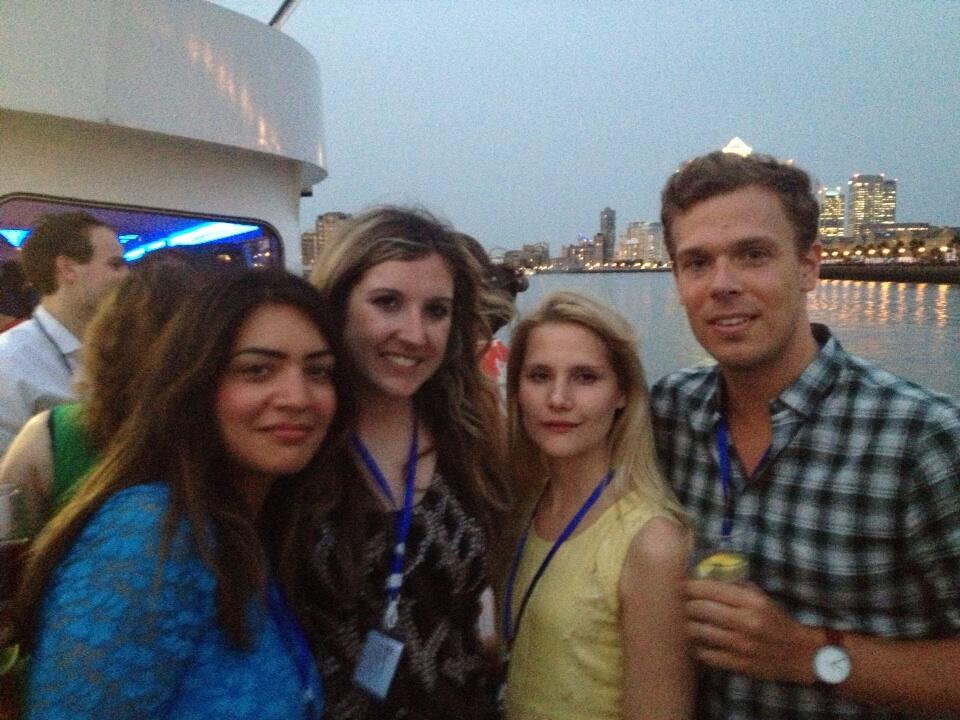 A balmy Tuesday evening last week saw Nikki and me on a mission to find our sea-legs. As a Capricorn –traditionally associated with ‘Earth’ of the four elements – I ought by rights to be a confirmed landlubber. But I do love me a good boat.

Fortunately for me the PRCA had obligingly picked a riverboat as the locale of their (now annual) get-together for PRs. The idea is to amass practicing PR professionals – primarily from Account Executive to Account Director level (although somehow I slipped through the net) – and put them on a vessel complete with champagne, BBQ, networking and music. What’s not to love?

High heels. To begin with: high heels are not to love. I realised this before I’d actually climbed aboard said vessel, when standing precariously on the docking platform which was already swaying side to side. I told myself a fully motive water-vehicle would somehow be more stable than the dock and my choice of footwear would emerge victorious. Four months in PR have certainly refined my ability to put a positive spin on things.

However, having drunk my complimentary glass of welcome-bubbles, and having lost my balance and crashed into people three times (nothing to do with the bubbles – at Stand we know better than to combine work with being three sheets to the wind) the heels came off. And the evening really began…

Ever the urbane and well-connected professional, Ms Nikki Peters already had a number of PR acquaintances aboard whom she promptly introduced me to. In the course of the evening we also did the rounds and struck up conversations with a host of people novel to us both. It really was fantastic for a newbie such as myself to meet fellow PRs from such vastly different sectors and backgrounds – pharma, law, public affairs, financial, consumer. We were a mixed kettle of fish that’s for sure.

As the sun set – quite spectacularly – behind the sights of London Town, I felt really rather serene. Serenity is not something I’ve associated with PR so far it has to be said, but I felt it on that boat. In common with many people, the prospect of networking per se doesn’t fill me with happy anticipation. But on The Emeritus, with that wide selection of employees and represented sectors, I thought to myself that in the long-term PR might really be something I can get on board with.