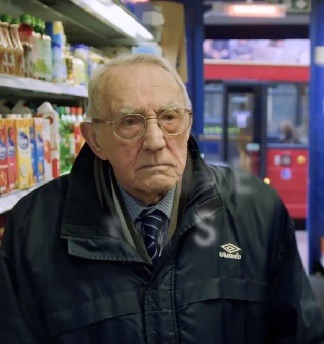 We were really proud to launch Contact the Elderly’s latest national media campaign last week. The campaign – which used a combination of a news story and a shareable social video –  aimed to highlight the issue of loneliness post-Christmas and drum up donations for the charity in the New Year.

When it comes to fundraising, we know social media and shareable video are incredibly powerful tools, so it was fantastic to be able to harness them for our latest campaign for the charity.

The film, which features three real people, Chitra (76), Harry (93) and June (76), draws attention to the plight of lonely older people in Britain. The film is voice-overed by East Enders Actress Linda Marlowe.

Working with Procreate and Mr White to produce the film, the video went viral – receiving over 150,000 views on social media, along with shares from a range of celebrity supporters and media outlets such as the Daily Mirror, The Independent, Indy Voices, Huffington Post, Daily Star and BBC London.

The release of the film proved to be very timely, with Downing Street announcing a new Minister for Loneliness on the day of the film launch. Having worked with Contact the Elderly for four years now, we believe the Government announcement is a huge step in the battle to alleviate loneliness – an issue that grows as people continue to live longer and people’s lives get busier.