Breaking the taboo with the launch of a new helpline 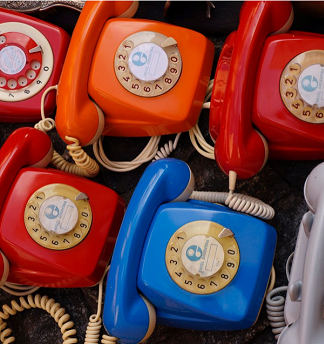 Being a victim of a fraud or a scam isn’t the easiest topic to tackle – no one likes thinking that they might have done something ‘wrong’ or been ‘caught out’. Which is why we jumped at the opportunity to support the launch of a new service to make having these conversations easier, and to break the taboo around what is the most common crime in England and Wales.

To launch the Reassura helpline, we developed an integrated PR, social and digital campaign around the concept of breaking the taboo when it comes to talking about fraud and scams. Everyone has a story to tell – so why aren’t people doing so? And what is the impact of this silence?

With help from researchers at the Centre for Counter Fraud Studies at the University of Portsmouth, we developed a report and new research that highlighted the long-lasting impacts of fraud and scams, with a focus on how detrimental the experience can be for older people. Looking beyond the financial loss experienced from a fraud or scam, our report uncovered the impacts on the bigger picture including wellbeing, loneliness, and the wider economy.

As the inspiration behind Reassura, we ensured 92-year-old Dolores’ story was at the heart of our campaign and report launch.

Alongside a traditional PR launch to get media and the public speaking about the issue and the launch of Reassura as the solution, a digital stream of work saw us develop an infographic film to amplify the report findings and take over Reassura’s new social media channels.

We also secured some brilliant in-depth broadcast interviews for Reassura’s CEO and our researcher on talkRadio alongside Nick Hewer no less, as well as BBC Radio Devon, and BBC South Today.

The tone of the coverage hit the nail on the head; informative and empowering, the articles and interviews encouraged people to have open conversations around fraud and scams in order to better prevent people from becoming a victim.

Over on social media, the infographic filmgained more than 70,000 views across Twitter and Facebook with support from Nick Hewer and various stakeholders in the sector.