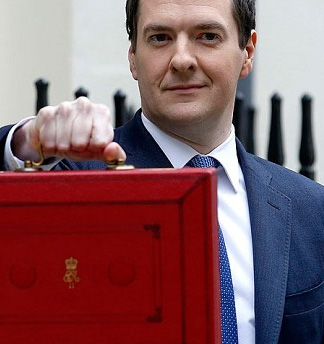 Delivering his final Budget of this Parliament, the Chancellor celebrated ‘a Britain walking tall again’ and set out his intention for a continued ‘long term economic plan’, which commentators and politicians alike all accepted really translated as a short term electoral strategy.

In the Stand Agency office, we indulged in some classic ‘budget bingo’ (courtesy of Sky News), crossing off Osborne’s favourite buzzwords– all aimed at reassuring voters across the spectrum that Britain’s economy is growing and that everyone’s better off as a result.

With support for savers, greater freedom for those of retirement age to access their pensions, and freezing fuel duty rises, voters – from the traditional Tories, to the aspirational swing voters in the marginal – were clearly a target for the Chancellor. Likewise, greater provision to support SMEs – once again hailed as the key to economic recovery  – and for a ‘Northern powerhouse’, suggest the Tories are looking to appeal to the business voters beyond their usual demographic too.

But the real question is, are we beyond the point of quick wins?

The rise of parties such as UKIP, the national parties and the Greens and the advent of Russell Brand’s revolutionary school of not voting all signal an entrenched disillusionment and disenchantment with the political system and class. This undoubtedly has not been helped by 2009’s expenses scandal, gaffes such as Bigot-gate and the recent ‘cash for access’ scandals involving senior MPs and undercover journalists.

The feeling that politicians are disconnected with normal people, only looking out for their own interests is sadly widespread, even though many MPs (and their staff) work tirelessly for their constituents. Tuning in to watch PMQs during which grown adults wave order papers and scream insults at each other is hardly inspiring  and seeing a frontbench (on both sides of the House) of white, privately-educated men is hardly a reflection of real life either.

So, does the answer to long-term electoral success (and more crucially, changing the culture of mistrust in our political system) actually lie in making Parliament more accessible and more representative of our society?

Those who watched Inside the Commons will have gained an insight into some of the disparities between life inside and outside the Westminster bubble. Watching Jenny Willott MP dropping her young children off in the party whips’ office in their pyjamas whilst she participated in late votes, witnessing Sarah Champion MP describe the ‘disgusting sexism’ she encountered when she entered Parliament in 2010 and making the rather uncomfortable observation that ethnic diversity in Parliament appeared represented most in the documentary through cleaning and catering staff, all reminded me – as a former Parliamentary staffer – of the disconnect many people see and feel between Parliament and real life.

Come May 7th, it will be interesting to see if Osborne’s red box giveaways and reassurances about the economy are enough to combat the political fatigue at the ballot box, or whether the polls will suggest that a wider shake up of our political system is in order.

Rhiannon Hughes is a Senior Account Manager at Stand Agency, and an unashamed political geek. See how we put our political interest and expertise to good use through Stand Engage.