Can fashion change its ways? 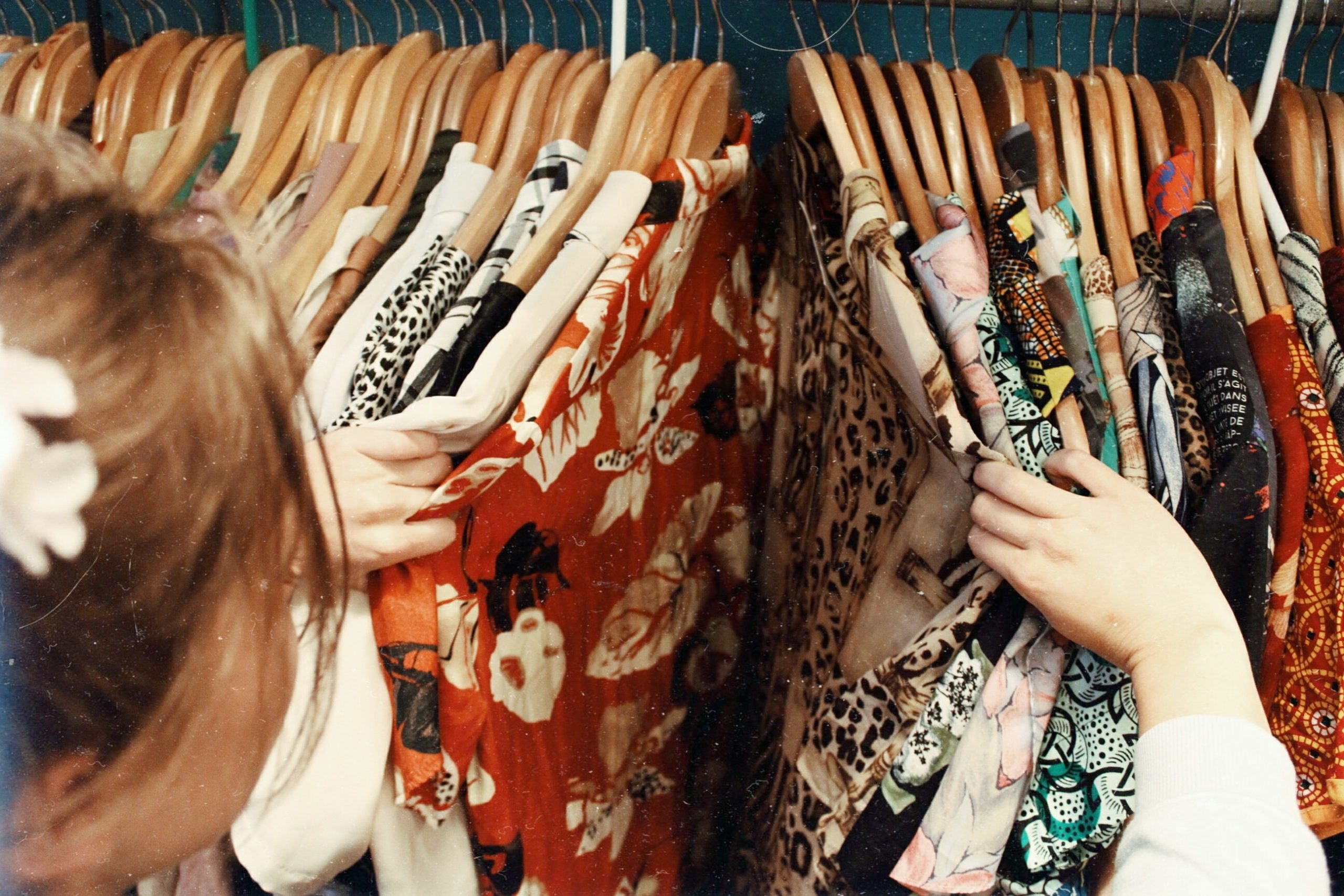 Clothes are wrapped up in our identity. What we wear says something about us – whether we care about that or not. Over the centuries, clothes have symbolised status. Our outfit can affect our mood. We have special clothes for special occasions. Clothes can be a socio-political statement. And some people can’t afford clothes.

For quite some time, second-hand clothing has been broadly seen as second-rate. There have always been those creative individuals with a flair for unearthing vintage gems in a charity shop, but now society is reaching a tipping point. As someone who is fascinated by human behaviour and how to encourage habits that help the planet, I have been watching this gather momentum over the last few years.

Motivated by ‘voting with their wallet’ and reducing their carbon footprint, individuals have already been pushing change within other sectors e.g. single-use plastics, organic or local food, fairtrade supply chains. But we’ve been a little slower on the clothing front because it’s a hard habit to kick. As I said, clothes are deeply connected to our identity. And the fashion cycle is strong.

But the impact of the clothing industry is becoming harder to ignore: 350,000 tonnes of used but still wearable clothing goes to landfill each year in the UK, and it takes 1,800 gallons of water to grow enough cotton for one pair of jeans. Depressingly, the fashion industry is actually responsible for a huge chunk of global water pollution – it consumes more energy than shipping and aviation combined, and by 2050 is anticipated to be responsible for 25% of the world’s remaining carbon budget.

Better late than never, second-hand is experiencing a much-needed makeover. Driven by early adopters and influencers like Michaela Coel and Maquita Oliver, demand is sky-rocketing, with Gen Z at the helm of social norming pre-loved. Brands are having to adapt to put sustainability at the top of the agenda. (The significance of purpose / ESG / sustainability in the boardroom is something that we’ve seen grow steadily with clients across all sectors.)

I’d like to offer some proof points that show businesses need to go beyond organic fabrics and ethical supply chains and embrace a truly circular approach:

We’re not there yet, though. The global apparel market is worth $1.5 trillion and is growing. A recent article on Bloomberg highlights that “while #thrifthaul and #knitting have a not-insignificant 456 million and 478 million views respectively on TikTok, #Sheinhaul — in which users showcase purchases from the ultra-cheap, ultra-fast fashion store SHEIN — has 2.3 billion”. And despite Boohoo being exposed for serious ethical failings, it’s still trading and successfully.

The other behaviour to watch out for is that, with the pre-loved market easing the conscience, people will continue to buy new, under the premise that they will re-sell rather than throw away. Charities and leading voices in this sector need to keep the focus on starting with second-hand, rather than easing the psychological burden with ‘recycling’. In the end, recycling is the last of the three pillars around addressing our problem with waste – the first two are ‘reduce’ and ‘reuse’.

But I’m optimistic. Sustainable habits are taking root, and even though this overhaul of the fashion industry will take more than one generation, it feels like a shift that is here to stay.