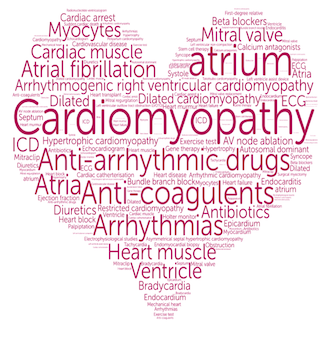 Stand Agency has been hired by the heart muscle charity, Cardiomyopathy UK, to work on a series of campaigns during 2019 as the organisation celebrates its 30th year.

Stand Agency will be working with the charity to drive awareness and correct perceptions of the serious but little-known heart condition, cardiomyopathy, and to increase support for the charity’s vital work to support those living with the condition.

Activity begins with press office activity and PR support around the London Marathon UK, with further national campaigns planned throughout the year.

“At the centre of Cardiomyopathy UK’s brief is a heart condition that, if undetected, can change life in an instant. Our challenge is to break through the noise, and get people to think, feel and ultimately act differently in regard to their heart health. This is what we do best at Stand, so we’re thrilled to be working with the charity as they mark their 30th year.”

“Over the past 30 years, Cardiomyopathy UK has made brilliant progress to increase awareness and support of cardiomyopathy and those living with the condition. We’re excited to now take this to the next level with Stand Agency’s support during what is such a significant year for us.”