Changing faces: Apple’s seamless integration is a new wave for consumers and products 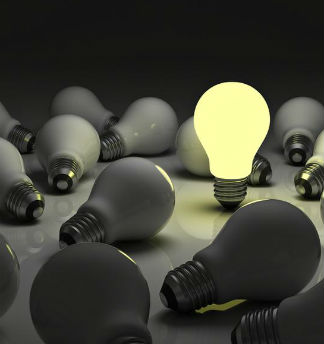 Smartphones are integral to our daily lives. Actions are increasingly effortless – after all, Apple set a new bar for contactless payments through Touch ID. In May, the number of Apple Pay transactions increased by 300% YoY and there’s no doubt this is growing with new banks jumping onboard.

As consumers, we have an expectation for speed and fluidity, from an in-store customer experience in Zara to checking a balance on a banking app, or Monzo card.  Products and services are immediate through the touch of a button, a flick of the wrist, the blink of an eyelid.

Yesterday, Apple announced its new technological feat – the A11 bionic chip with a neural engine allowing consumers to command, unlock and pay with nothing other than facial recognition – simply called Face ID. The brand’s tenth anniversary not only welcomes a third-generation Apple Watch, but two new generations of smartphone – the iPhone 8 (and its plus counterpart) and, most importantly, the iPhone X (pronounced ‘ten’) which exclusively has the Face ID technology. But with a £1000 price tag, priced above a Macbook Air, is this Apple’s way of going beyond the mass smartphone market?

There’s no doubt consumers are having initial doubts over data protection, but Apple claims the new Face ID offers a 100% more protection than Touch ID. Craig Federighi, Senior Vice President of Software Engineering, explained the process works by projecting more than 30,000 invisible IR dots through neural networks to create a mathematical model of your face. Apple then send the data to the secure enclave to confirm a match, and it adapts to physical changes in appearance over time.

This all happens within a second and it’s all very impressive, more impressive than E-passport gates found at most airports.

Will this technology become the new gold standard for shopping, banking and finance user experiences? It seems Apple Pay affiliated banks are already on board, with third-party app integration available from the launch date this November. Not to mention innovative user experiences for augmented reality third-party games and interactive ‘animojis’ that respond to facial expressions.

At Stand we work with brands that are changing the market including businesses, management consultants, banks and entrepreneurs. Efficiency and data protection is key. We’re living in a world where our technology is becoming faster, more seamless, intuitive and integrated. But do we need to take a moment to rethink?

Apple’s not exhausted the phone market, but instead its creating products and services that are so fluid we don’t yet know where we will need them. The reality is that if other brands and services don’t keep up, those in the ‘please enter your passcode’ slow lane will be left behind whilst Face ID gains market saturation.