Even the news is bored of Brexit 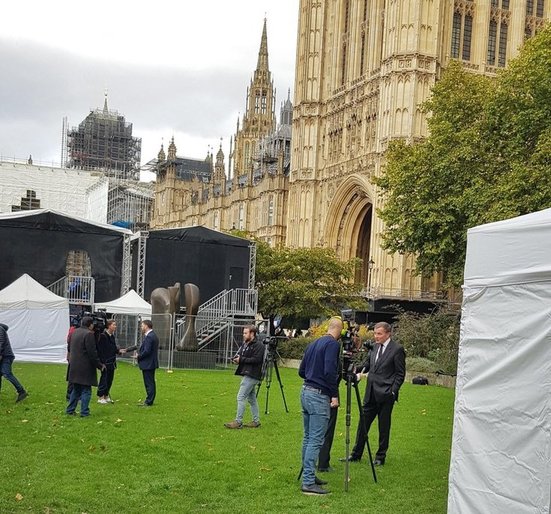 The EU referendum happened in 2016, that’s almost four years of Brexit coverage. A journalist referred to ‘Brexistential ennui’ two years ago; this might have just caught on. Sky News has just launched a Brexit-free channel. For five hours a night, the temporary pop-up channel will run news, whilst excluding perhaps one of the most newsworthy developments in modern British history. A head at Sky News said the public had grown ‘weary’ or bored of Brexit, and he felt that there was a feeling it was ‘suffocating other news’.

From a press office perspective, we’ve had to circumnavigate the news agenda; questions have been raised over when we should launch campaigns, will stories be strong enough to compete and how to carefully not align clients with one political side over another. On the flip side of this, we’ve experienced both editors and journalists expressing relief at hearing about stories that are the exact opposite; warm, happy, human stories. Brexit fills pages but it fills people with dread too.

Research by campaign group Hope not Hate earlier this year, found that the British public overwhelmingly did not feel represented by the main political parties and were tuning out when they heard phrases like ‘customs union’.

Dangerously, if we’re suffering from Brexit fatigue, we’ll all be paying a little less attention, at probably one of the most important moments of the whole debacle – will we stay or go without a deal.

Journalists are the eyes and the ears of the public, with one of their core functions being to scrutinise and hold government to account. We can’t be forced to listen, read or watch, but consideration should be given to creating a news environment that reflects a diverse audience – who in today’s news climate, want to be educated but also want to be entertained.

Last weekend I accidentally stumbled into the commotion that was the People’s Vote march. I later read an estimate that over one million had taken part – you could feel it. It was quite a thrilling experience, to feel present at a moment that felt part of British history. Democracy was unfolding, or at least demands for it were. Weaving amongst the crowds who proudly donned EU flags as capes, my journalistic curiosity got the better of me and I found myself stalking the press tent area. I wondered. if you’re not covering Brexit, can you even call yourself the news?