Fake news, who can we trust? 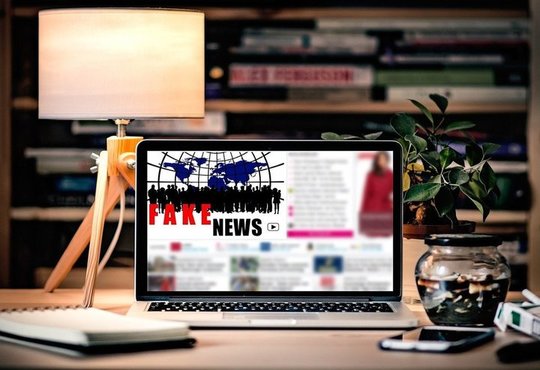 “FAKE NEWS”. Trump said it, Labour said it, young people say it, even your Gran’s probably said it. But the advent of fake news is more than a flyaway comment and a defence used by politicians.

Just this week, a woman was pressured to delete her social media accounts after being targeted by an online bot over a photo of a child in a make-shift hospital bed of coats. This photo was already embroiled in controversy, after being pocketed by Boris Johnson to avoid difficult questions.

From politicians declaring any unwanted attention as fake news (whilst forgetting to filter their opinions on social media); to ‘fake’ VR influencers; to bots posting untraceable content; to the recently uncovered “deep fakes” that use AI to create videos of people doing or saying things they would never actually do, fake news is proliferating our daily lives.

Fake news is our democracy at risk and this election has provided chilling examples.

The Tories renamed an official twitter feed FactcheckUK and used it during the leaders’ debates to “independently verify” claims made. The party then created a website hosting a doctored Labour Party manifesto and paid to appear top of search results.

Brands have also been targeted by fake news, for example, JD Wetherspoon had to clarify that they had not banned employees from wearing remembrance poppies after a Twitter account claimed so.

Fake news is certainly real for the general public. 57% of UK adults believe the news media reports false stories, and over 65% of Facebook and Twitter users said they have encountered fake news on those platforms.

A lack of trust in the media can drastically skew political opinion. 27% of Labour voters are likely to regularly fact-check news, compared with just 13% of Conservative voters – which is worrying as 88% of Tory ads have been found to be misleading.

Journalists are also concerned. 19% believe the conversation around fake news is posing the biggest threat to journalism.

So where does this leave the media, PRs and Brands?

Can brands and politicians ever expect to be trusted?

We think so. But it means a shift in communications and ultimately a shift in business strategy. Brands and politicians alike must embark on a very real quest for authenticity, putting their purpose and values at the forefront.

Communications works as a two-way street. Providing pertinent advice from consumer to business to inform future decisions, whilst relaying affective and genuine messages to the general public via reliable relationships with journalists.