Help! I’m having a political-identity crisis! 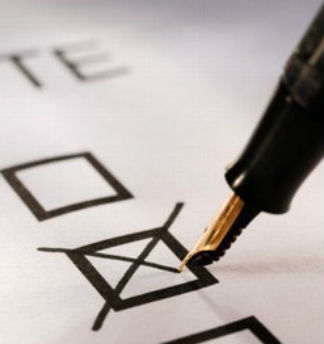 As the General Election creeps ever so closer, like many others across the country I have caught myself battling over who receives that important ‘x’ on my ballot paper come May.

For someone who was born and raised in the Rhondda Valleys in a sea of socialism and a part of a lineage of prominent local Labour politicians, surely there should only be one colour that dominates my political preference?

Yet my ballot paper remains blank.

From a campaigning perspective, it has been widely-reported that the main parties are playing it safe, for fear of being stitched up in the event of another coalition. Something that, quite understandably, isn’t exactly getting an already disenchanted electorate up and out of their seats ready to vote.

This got me thinking, when was it that I last felt excited and any sort of belief in politics?

1997. I recall the elections so vividly, just 11-years-old, feeling the buzz of change and hope. It was a Thursday night and the pubs were packed to the rafters as the final count came in – a new day, a dawn, giving a small mining community something to believe in. And. There was an added bonus of a catchy D:Ream song to soundtrack the celebration.

Now don’t get me wrong, I don’t want to romanticise New Labour, suggesting it had its fair share of flaws is being kind. For me and possibly many other voters out there, it is more the sentiment of change, new ideas and the evolution of politics, going beyond the vanilla tactics that we are seeing today.

In Greece, Scotland and worryingly via UKIP, we have seen political parties capitalise on this desperate call for change. People are crying out for something to vote for.

There’s no doubt that politicians today are in a desperate need of a re-brand, deconstructing the career politician and injecting some sincerity back into parliament, something that the actor Michael Sheen captured quite recently in a pre-election speech.

The question is who will have the courage and vision to shake things up for the better?

Lara is an account director at Stand Agency. As a psychology grad she has a longstanding habit of analysing the ins and outs of brand positioning, as well as how it impacts the average-Joe on the street.