International Women’s Day: who is she? 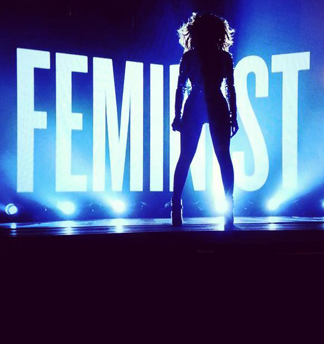 This Sunday is International Women’s Day: the day to celebrate all of the awe-inspiring women who have shaped, and are currently shaping the world we live in.

It has been hard to miss the feminist discussions and events of the past few months; from Emma Watson’s HeforShe campaign to Malala Yousafzai fight for girls’ rights to education. Rather joyously most days there’s example of an inspiring feminist role-model taking a stand for something they believe in. Combined with the likes of Beyoncé and Taylor Swift proudly proclaiming their feminist view-points, it can feel like there are a million reasons to cheer “I woke up like this” and dance around to the sounds of a swelling fourth-wave of feminism.

But it has also been hard to miss the stories that have planted that seed of doubt as to whether things are “improving” in the fight for gender equality. The Sun’s page 3 will-they won’t-they springs to mind here, as well as the controversy surrounding ex-footballer Chad Evans and the many reports sighting the gender pay-gap. All a bit of a feminist mood-hoover really.

All that said, wherever you stand on what is “right” or “wrong” for page 3, or if Beyoncé’s brand of feminism isn’t for you, there will be a woman out there that you admire and can learn from. Be it your mother, a teacher that showed you what you could be capable off, or even when Missy Elliot showed up at half-time at the Super Bowl and gave you a lesson in stealing the show.

I personally find it hard to choose between Nora Ephron, or Tina Fey, or Alexa Chung or Mindy Kaling. And then there’s Beyoncé – the unofficial Queen of the Universe. But the best thing about not being able to decide? Being spoilt for choice. There’s an inspiring woman for everyday of the year and more, and that’s definitely something to celebrate on International Women’s Day. In fact every other day too.