Is a good speech enough for our party politicians? 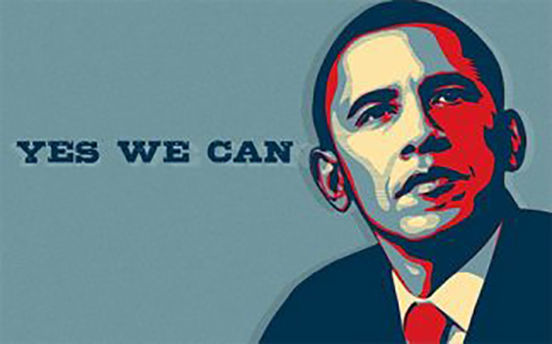 With the end of the SNP party conference on Tuesday, most of the major parties have had their time in the spotlight for this year. In both Manchester and Brighton, Theresa May and Jeremy Corbyn had a lot to prove in their keynote speeches. Conferences consist of a vast range of events, from Russell Brand and Labour MPs discussing problem gambling, to a discussion at the Conservative conference on supporting Armed Forces children’s education, but the leaders’ speeches are always a key moment in the timetable. Not only do they offer a chance to speak directly to the party faithful, but also to reach the wider public and lay out plans for the future.

These speeches offer a chance for the leaders to showcase their oratorical skills, but in the modern world, are speeches enough to connect a politician to their public? Here, we suggest that well-delivered speeches are all well and good, but they should form part of a larger communications framework designed to deliver the message the politician wants to convey, as well as developing their relationship with the voting public.

May’s speech was blighted by a series of unfortunate events, firstly having to be handed a cough sweet by her Chancellor due to a coughing fit, and secondly when Lee Nelson stormed the stage to hand her a P45 supposedly from Boris Johnson. But she did unveil a range of policy developments; an independent review of NHS mental health provision; £2bn to be made available to build council and social housing; a cap on energy bills and a review of student university fees and loans. For the Labour leader, a less policy specific speech, declaring instead that Labour is the new ‘mainstream’ political party, an end to the ‘gentrification’ of social housing, and a mandatory equal pay audit for large employers.

Both politicians face internal party problems, and a country divided on a range of issues. But is a good speech enough to answer the questions faced by the leaders? For a politician in the modern era, rhetorical ability is often lauded as the ultimate talent. It’s regularly commented that Obama’s meteoric rise from unknown Illinois Congressman to President of the United States was at least in part due to his extraordinary ability to give spell-binding speeches. However, it is unrealistic to think that all leaders will be able to give speeches on a par with ‘Yes we can!’ on a regular basis.

Even the most brilliant words written on a page may never make the leap off the page into the public’s consciousness if not delivered in the right way, so politicians’ communications plans can’t solely consist of well-written, captivating speeches.  Through strong, powerful messaging and making smart use of the media, speeches don’t have to be the be all and end all of a politician’s relationship with the public as they did in the past. Social media allows for direct contact with voters, more people are getting their news from digital sources than print media allowing for 24-hour reporting, and the rise of video content means that the public get to see the face behind the soundbite. The media landscape today allows politicians to connect with the country’s citizens in a way that politicians of the past could only dream of.

In the time of renowned political speakers like Tony Benn, speeches often lasted hours and would be reported word for word in the papers. Today, it sometimes feels we’ve leapt to the polar opposite of this – five second soundbites designed to grab the public’s attention but with very little policy detail. Politicians need to make use of the opportunities the modern media landscape to find a happy medium. Unlike in days gone by, exceptional speeches will not be enough to get politician’s message across to the public.

This all being said, speeches will always be an important part of a politicians’ repertoire. And whether May or Corbyn’s performances at their respective party conferences were strong enough to solve the issues their parties, and the country, face, remains to be seen.