Is Wimbledon just about the tennis? 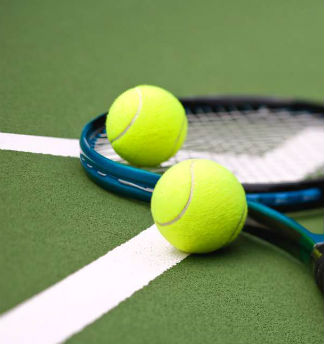 As we reminisce about this year’s Wimbledon, the biggest tournament in tennis, and put our business branding hat on, it’s clear to see that the biggest tennis tournament isn’t just about the tennis. A major part of this iconic event is actually its branding and sponsorship.

Robinsons has been an official sponsor of Wimbledon for over 80 years, and the tournament would no longer be the same without it. This year, the drinks’ historical sponsorship was celebrated with a ‘Great Robinson’s Ball Hunt’ which involved Tim Henman and a social media treasure hunt. Even with Wimbledon’s fame, Robinsons can use clever branding and events to help raise its profile even further.

Jaguar recently signed up as the official car sponsor of Wimbledon. As part of its sponsorship deal, the luxury car brand provided 170 vehicles for the event, as well as an ‘out of home’ advertising and a short film of Jaguar brand ambassador José Mourinho being given his first tour of Wimbledon by Tim Henman. These branding campaigns play a key role in ensuring that the Wimbledon crowds are jam-packed each and every day of the Championships.

The official ball supplier of the Championships, Slazenger, has been proud partners with Wimbledon for 113 years. Their logo sits on every ball that touches a racket in a match at The All England Club. The fact that Slazenger has sustained its partnership with the tournament since the beginning of the 20th century shows that the brilliant branding of Slazenger is what makes this partnership the longest in sporting history.

Rolex is another official sponsor of Wimbledon, and the brand fits in so well with the classic tennis tournament. In 1978, Rolex took to the courts, becoming an official sponsor of the Championships. Since entering the tennis world 37 years ago, Rolex has maintained a very large number of tennis ambassadors. These have included past players such as Andy Roddick, Zheng Jie and Justine Henin – who always wore her Rolex, even on court.

Wimbledon is a truly remarkable tournament, with branding partnerships and sponsors that have stood the test of time. The longevity and success of Wimbledon sponsorship deals such as Slazenger and Rolex are testament to the value of finding a sponsor who can become a real partner. These sponsorship deals have contributed to the character of the event, created stand out campaigns and enabled the tournament holders to meet their objectives. Game, set, match, some would say.

Jordan Sollof joined Stand Agency for one week to gain work experience in PR. He is currently at school and considering a career in journalism.