Lessons from the campaign trail 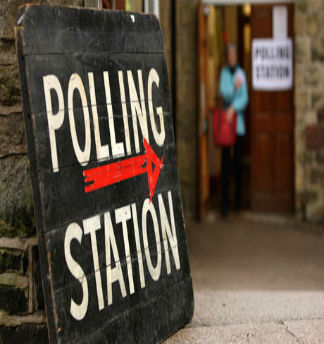 Five years ago during the last General Election, I was a campaign organiser in one of the country’s most marginal seats, which then led me to a career in politics, public affairs and PR.

Whilst the months between January and May 2010 are admittedly a bit of a blur of door-knocking, leaflet-writing and lots of caffeine, the lessons I learnt from the campaign trail have seen me through five years of working in Parliament, the charity sector and now with our brilliant clients at Stand Agency.

So, as candidates and activists hit the campaign trail for this year’s election, here’s three lessons learnt from the campaign coalface.

Granted, I’m not going to pretend that I miss my alarm going off at five in the morning or the late nights willing the printer to stop spitting ink at me. That said, the biggest lesson I learnt on the campaign trail was that hard work pays off.

It was a mere 649 votes (of an electorate of 65,000) which saw my former boss re-elected. A margin like that made us all realise the difference that going the extra mile made, making the evenings of spending an additional half an hour knocking on a few more doors and spending the bank holiday delivering leaflets worth it.

Working in public affairs and PR has given me the opportunity to create and deliver amazing campaigns which change people’s perception and behaviour – and at the heart of that is changing the way people feel.

People watched the party political broadcasts and heard the key messages but what made a difference on polling day was how they felt.  Pensioners remembered how they felt when my former boss visited them at home to help them with a problem and I recall a family saying that they remembered the support they were given by him in finding out about support available for their young son to take on an apprenticeship. It was local people feeling that their local MP cared about them that ultimately made a difference at the ballot box.

Bad days happen to everyone. The important thing is to make sure bad days don’t become bad weeks or months! Switching off the computer, having a glass of wine and making the decision to regroup and start afresh the next day is important in every role in every industry.

A low point during the last campaign stands out as a day when simultaneously our trusty risograph gave up the ghost and the party leader made national headlines for referring to a voter as a ‘bigot’. But, we ordered pizza to eat whilst we tried to fix the printer, turned off the rolling news coverage of ‘bigot-gate’ and resolved to start the next day with renewed enthusiasm and energy. A large gin and tonic helped too…

Rhiannon is a senior account manager at Stand Agency and is enjoying being a spectator, rather than a participant, in this year’s General Election. Wondering what a new Government means for you?  Read about Stand Engage and how we might be able to help.