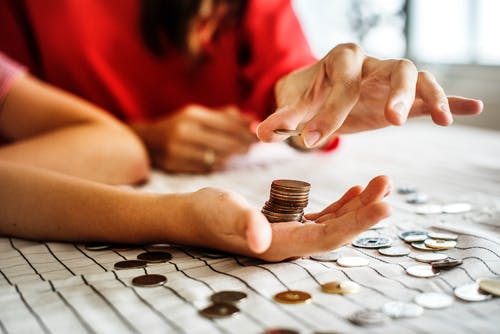 “Cash only”. It’s a sign I’ve seen plenty of times, and it’s been met with frustration. Finding actual cash in my purse these days is becoming more and more of a rarity.

When the fate of 1 and 2p coins was momentarily thrown into doubt the other week, I felt certain that we were on our way to a cashless society. The news came alongside an announcement that a branch of Sainsburys in London had taken the decision to remove all tills in its refurb (80% of transactions in their store were now cashless), free ATMs were reported to be in decline and RBS became the first to offer card payment by fingerprint.

Now, Amazon Go have been vilified for their no cash stance and have had to backtrack on their business model; it was found to be discriminatory towards people on lower incomes.

A move towards a cashless society? Not for now it seems. Especially since we now know that our copper coins are sticking around, at least for a little while longer.

It’s fair to say even the savviest card-tapper can still feel uneasy about pin-less transactions. Personally, moving to London and suddenly being able to tap my way onto a bus was a revelation. It also led to the demise of my bus manners, and the loss of my debit card, where someone decided to go on a shopping spree (how many things can you get in a newsagent for under £30)?

To move away from cash, requires much thought on the bigger picture. Some of the most vulnerable people in our society rely on cash, whether that be for budgeting, to trouble with employment or opening a bank account.

With one big swipe, a large proportion of the public would find themselves cut off. It’s easy to forget, in our often-busy lives that some people, have little need to venture outside or struggle to because of poor health. A small interaction in a shop, might be the only conversation a person has that week. Not to mention the fact, that older generations can often struggle to use technology or can feel uncomfortable giving it a try.

Two years ago, Stand’s Standing Up for Sitting Down campaign, with Anchor Hanover, revealed that a quarter of elderly people were put off by the high street. Self-checkouts were just the start.

As businesses introduce us more and more to new technologies designed to make our lives easier, it’s becoming more apparent that they are potentially not always entirely necessary. Human interaction is too valuable and that transcends all types of person regardless of age. The idea of an automated work force of the future will have an impact on everyone for example.

When I lost my card, the panic of this piece of plastic being the gateway to my bank account was swiftly alleviated, when I was able to block it and have the money refunded back to me by (a human at) the bank. Not everyone uses bank cards. Imagine if I’d dropped a purse full of cash. It demonstrates the double-edged sword of technology – on the one hand, I got my money back, on the other, would I have been more careful with a purse full of notes?