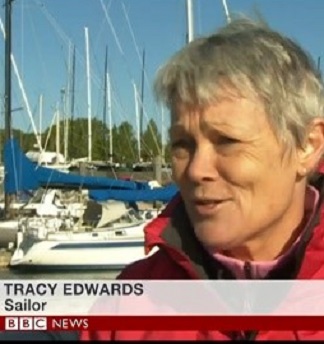 After an excellent April of #CrackingClientCoverage here are our highlights for the month!

This April saw the return to the UK of Maiden, the yacht skippered by Tracy Edwards MBE and her all-female crew in the 1989/90 Whitbread Round the World Race.

After a year-long restoration in Southampton, Maiden will sail again as an ambassador for The Maiden Factor, fundraising for girls’ access to education across the globe.

We launched The Maiden Factor with a bang – and secured national broadcast coverage on BBC Breakfast, BBC News at One, The One Show, Sky News and there is still more to come… watch this space.

SFE (Solicitors for the Elderly)

We’ve been supporting SFE to campaign against the introduction of the Government’s proposed probate fee hike, otherwise known as the ‘death tax’. To put the issue in the spotlight we secured a front-page story in The Times, working with our client to offer them the scoop and securing SFE’s inclusion in the story as a prominent voice against the fees.

In total we secured 20 pieces of coverage on this issue across March and April including a comment piece in the Sunday Express by SFE Director, David Sinclair, aptly titled: The fight for fair probate fees. As well as commentary from SFE’s CEO in a piece in the Daily Mail.

We were delighted to hear the Government has decided to drop the proposals, showing the power of PR to influence change.

Armed with a full media package which included a national news story, two top ten lists, case study stories and a book list, we secured a total of 22 pieces of national and consumer coverage, including The Sun, Mail Online, The Daily Express, BBC News Online, BBC Radio 4, The Guardian, Good Housekeeping, and a series of interviews from The Reading Agency’s Creative Director, Debbie Hick, across BBC regional radio stations.

The Sun: When is World Book Night and what is it all about? Here’s all you need to know

The two-page spread in Yours Magazine promotes the DofE’s 2017 fundraising Challenge featuring three generations of the Powell family undertaking a challenge. It involved grandma Alma doing a skydive, dad and uncle cycling 60 miles in tandem, mum and auntie swimming in The Serpentine, and then son and daughter running six miles from Hyde Park to St James’ Palace.

City Year UK’s latest research revealed the stark realities of securing job opportunities for the UK’s young people. Targeting a business audience, our favourite piece of coverage was an article in City AM. It was great to see our research used for the top line as well as conveying key messages and a clear call to action.

The article appeared in print, circulated to over 91,000 Londoners and commuters across the UK.

CityAM: Most young people think they have fit employer’s mould to be hired

There was expert commentary from Mark Horgan, CEO of moneycorp around sterling fluctuations caused by the snap General Election announcement in City AM online. The piece positioned moneycorp as a source of insight and showcased their market knowledge when it comes to currency markets.