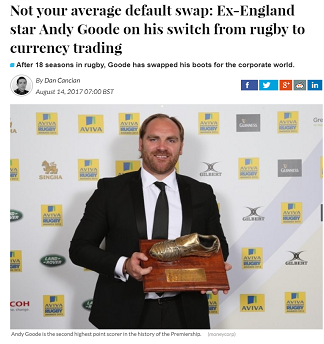 It’s been a busy month for us here at Stand HQ, but boy do we have some great coverage to show for it. Have a glance at our August best bits here.

Shares in major UK supermarkets dipped in August. This had many asking how much the share price drops were down to price cuts at Whole Foods, following Amazon’s recent acquisition of the grocer.

By jumping on the story early, we secured a comment opportunity for Duncan Brewer, Partner in Oliver Wyman’s Retail & Consumer practise, which resulted in coverage in The Daily Telegraph. The article included nine paragraphs of quotes from Duncan, meaning a large share of voice for our client.

In August, Stand Agency supported SFE to engage its members in a campaign to defend powers of attorney, following criticisms from a former Senior Judge.

In addition to broadcast coverage across 12 BBC Radio stations and print coverage in The Times, we equipped SFE members across the country with a template press release to share with their own regional press. This led to coverage in seven regional titles, as well as several members’ websites.

Not only was this a great tactic for involving the whole membership, but it also helped individual member solicitors increase their own profile on a regional level.

Our recent research into UK business leaders’ attitudes to soft skills has secured coverage in print and online in City A.M. as a part of a piece on business’ confidence in the UK economy. The story also featured in The Sun, and was picked up by 10 regional print and 156 broadcast outlets.

We landed some career switch coverage in International Business Times UK after we arranged a media briefing with former rugby star, Andy Goode last month. Andy has joined moneycorp’s specialist FX team as Head of Strategic Sales and in the piece he talks about his career change and the transferable skills he brings from his international rugby career to the trading floor.

Making the most of the news agenda, we secured a piece in The Sun for Anchor’s apprenticeship scheme on the back of this year’s exam results coverage. We also landed an interview with Anchor’s Policy Director, Mario Ambrosi, on BBC News following a Lancet study on care home places. Acting as spokesperson for the social care sector, Mario was able to offer reassurance from care providers while addressing the importance of government social care reform and funding.