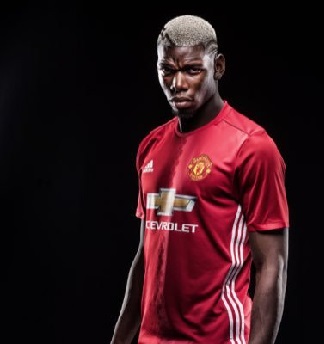 The English football season is now in full swing, big names have swapped clubs and PR teams have been working all hours to create a buzz behind their summer signings. But it’s clear which club and player won the PR battle in terms of column inches, social media shares, likes and views – Manchester United and Paul Pogba.

The infamous return of the French midfielder to the North West footballing giant is undoubtedly the biggest of the summer. A ‘will he won’t he’ debate, usually better suited to soap operas, commenced across social media intriguing football fans worldwide. And when a short video clip, fronted by rap star Stormzy emerged on social media before being swiftly deleted, a media frenzy begun.

In the video, Pogba emerged from the shadows wearing a Man Utd shirt emblazoned with his name on the back. This announcement surely waves goodbye to the days of a smiling handshake and holding of the shirt photo. Here the Red Devils and the club’s sponsor Adidas took a big step forward in terms of social engagement with fans and the media.

This expertly timed video clip, very clearly told the world that Pogba was most certainly back and football fans were swift to get involved with #Pogback trending on twitter worldwide. The utter brilliance and sheer creativity behind this announcement makes you wonder if the whole transfer was wrapped up months ago. Providing the opportunity for both brands to drip-feed content to keep the debate going until they were ready to ‘drop the mic’.

For all us enthusiastic PR’s looking to secure column inches and social media shares – sit up, take note of this fresh approach and be encouraged to think outside of the box.