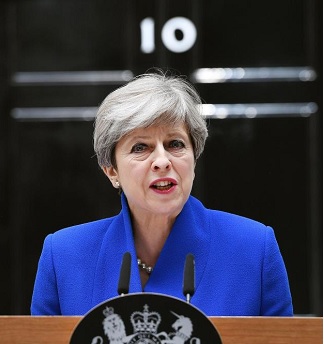 Well it’s been another eventful June, and we’re only half-way through! We have a hung parliament, or maybe not – we’ll find out next week if the DUP emerge as the Conservative’s ace in the hole. For now, the UK is left dangling in an all-too-familiar state of political limbo. But in the world of PR, there’s no time for complacency.

On Monday, The Queen’s Speech will set out the government’s legislative plans, and the team at Stand will be waiting in eager anticipation to see which policies make it through the Tory’s baptism of fire, and in what shape.

General elections impact all our clients to some degree, but if you’re lucky enough to work with organisations that are passionate about contributing to political debates – whether that be their views on specific policies or even parties as a whole – as their PR agency, it’s your job to represent and communicate their values.

During this election, the most contentious parts of the Conservative’s manifesto were undoubtedly those that applied to the older generations, and with clients such as Anchor care homes and Solicitors for the Elderly, we’ve been working hard to ensure their voices were heard in the social care debate.

While we looked to influence government policy on behalf of some clients, with others we provided expert insight to help businesses and consumers make sense of what was happening on the ground. Before polling stations even opened, we already had several briefings lined up for foreign exchange client moneycorp, to offer market analysis and on-the-ground commentary around customer activity following the result.

It makes for an interesting day’s work for a PR. Each client sheds light on a slightly different aspect of the debate. It’s like applying a filter – be that from the perspective of a business, or a consumer, or a pensioner. It forces you to open your mind to other points of view and explore issues you may not have otherwise considered. For me that can only be a positive, and you never know, at the end of the day when you’re sat in front of Question Time (not Love Island of course) with a cup of tea, that insight may even influence your own political views.

BBC: The speech itself could be delayed to allow for any changes as the ink takes days to dry on the goatskin parchment paper from which the Queen reads.

You couldn’t make it up!