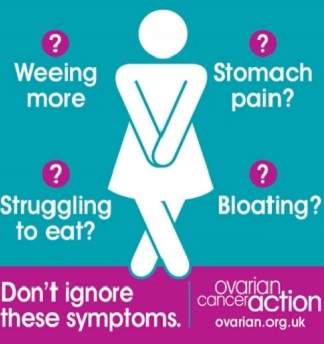 The agency has been briefed to raise awareness of the symptoms of ovarian cancer and encourage women to take action and get checked.

Using a combination of traditional and social media, and with the help of celebrity ambassadors, Ovarian Cancer Awareness Month will get people talking about the disease – whether that’s women, concerned about ovarian cancer, or friends and family members who can encourage others to seek help.

“There is a misconception that ovarian cancer doesn’t have any symptoms, but often the warning signs are there. We want to encourage women to listen to their bodies and their instincts and when they seek a medical view, ensure they are listened to.”

“We’re delighted to partner with Stand Agency for Ovarian Cancer Awareness Month. One of the main reasons that survival rates are so low is late diagnosis. At an early stage it is very treatable but at a later stage it is a killer – we are talking a 90 per cent chance of survival against a 22 per cent chance. That, along with the fact that’s there’s no screening, is why symptoms awareness is so vital.