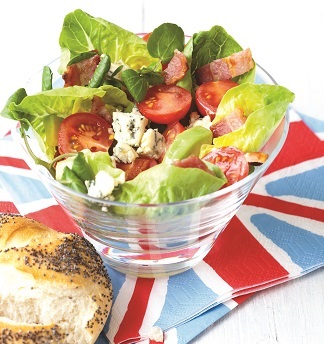 Stand Agency has been appointed by The British Tomato Growers’ Association to help get consumers buying more British tomatoes.

The Association, which represents 90% of British commercial tomato growers, has tasked Stand Agency to get people talking about tomatoes, to raise awareness of the flavour, health, environmental and economic benefits of eating UK grown fresh produce.

The celebration of British tomatoes will peak around British Tomato Week in late May and will encourage Brits to not only eat more tomatoes, but when they do, to make the conscious decision to buy British.  The campaign will also address the myth that British grown tomatoes are only available in the summer months – in fact they are available throughout the year.

“We’re a team of passionate foodies, so we couldn’t be more thrilled to be working with the British Tomato Growers’ Association on this campaign. A backdrop of increasing food prices, and an increasing desire to buy local means the time is right to shine a light on the British tomato.”

“As growers, we know there are so many benefits of buying British tomatoes, not least the freshness and taste of our product. We wanted an agency that put that at the heart of all their ideas and Stand Agency impressed us with their approach. We look forward to working with them to tell the British tomato story so that in future, consumers actively seek out UK grown varieties.”