Proud to Make a Difference 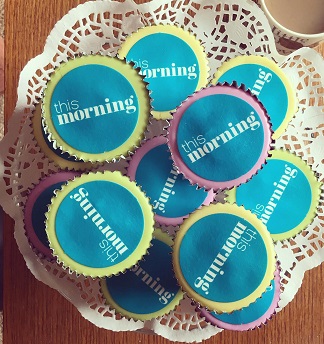 We love to challenge public perceptions at Stand and that mantra is at the core of our work with our charity clients. Generating national coverage and impressive reach for our social campaigns is a given, but actually seeing the difference that campaign makes to real lives – that’s the true reward.

We worked with Barnardo’s on the launch of their ‘Believe in Me’ campaign which, with a brand new hard-hitting advert at the core of it, highlights the importance of believing in children so as to empower them to overcome life’s hurdles.

Alongside a successful media campaign with scores of coverage in traditional titles, our standout moment emerged on social media with a truly heart-warming moment you couldn’t make up.

Calling for people to share a childhood photo and tell us who believed in them as a child, the campaign generated general awareness for Believe in Me and saw various celebs dig deep into their memory boxes and share their photos with followers. Luke Pasqualino, Fay Ripley and Charlotte Crosby were just some of the high-profile people to get involved, sharing Believe in Me with millions of people.

But our proudest moment from the campaign was when a care leaver and his former carer were re-united after 20 years. It began with a care leaver crediting his former carer for helping him to achieve a happy and contented life, and, through the power of Facebook and various comments, ended with the two being reunited with plans to catch up on times gone by.

Another tear-jerking moment came from our client Contact the Elderly. The national charity combats loneliness and isolation of older people aged 75 and over who live alone, without family, friends or other support networks nearby. Local groups host monthly tea parties, giving older people the chance to have a regular social activity to look forward to.

‘Be Our Guest’ is a campaign reaching out to isolated older people before the nights draw in for the winter months and calling for the general public to look and listen out for those suffering with loneliness in their community.

With a strong call to action and a winning pitch, the team secured a 20 minute feature on ITV’s This Morning including interviews with a Contact the Elderly spokesperson, older guests and a volunteer. The piece really showed the difference the monthly tea parties make to the lives of older people and the reaction in response to the feature was incredible. There were over 80 enquiries to the charity’s central office in the space of an hour, 190 applications to volunteer in one day (nearly 20x the normal figure) and 30 older guest referrals and applications.

We’re proud of what we achieve with our campaigns at Stand, but to us it’s about more than media hits and SEO. To us it’s personal, and work like this helps you go home with a warm feeling that you are actually changing lives.