Quick Reads – A good news story with an important message 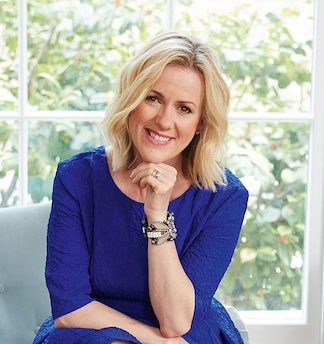 Everyone loves a good news story and last month we got a great one when best-selling author Jojo Moyes rescued The Reading Agency’s adult literacy scheme from collapse after it lost funding.

When we first heard the news, we knew it would be a brilliant opportunity to get some first-class coverage about the wonderful work that The Reading Agency does and, more importantly, to raise awareness about the fundraising struggles that charities face.

The Reading Agency had been facing a struggle of its own – it had desperately been seeking financial support for Quick Reads, an initiative reaching less confident adult readers through distributing accessible short stories across libraries, prisons, hospitals and other adult-learning organisations.

After an 18 month hunt, the charity had to announce that the much-loved scheme was coming to an end due to a lack of funds – news that was met with an outpouring of emotion from the publishing world that heralded its work.

When Jojo Moyes stepped in with a plot twist offering three years of funding, Stand had the pleasure of announcing the news and ensuring that there was a fundraising message at the centre of the news story.

And that we did – over 24 hours, we secured over 45 pieces of coverage about Quick Reads including 6 hits on national broadcast, 11 articles across national online and print, including The Telegraph,  The Guardian, i News, and Sky News, and 3 pieces in consumer media.

#QuickReads also trended on Twitter in the UK as the public, the media, and important stakeholders, such as TFL and Waterstones, celebrated the good news and thanked Jojo for her incredible gift to The Reading Agency.

Coverage had a clear message – while it was undeniably fantastic news that Jojo had stepped in to rescue Quick Reads, it was unfortunate that it had to come down to an individual’s act of goodwill. Schemes as important and life-changing as Quick Reads should have sustainable funding that enables charities to deliver the work that they do, worry-free.