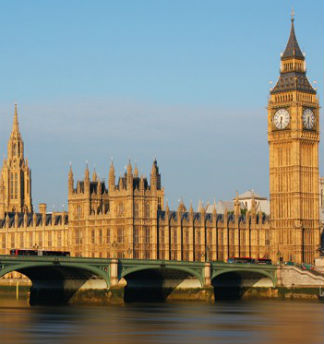 So, as David Cameron settles back into life at No.10, newly reshuffled Ministers receive their first red boxes in their new departments and the great scramble from MPs – old and new – for the best offices on the Parliamentary estate begins. Some might feel it’s business as usual, but is it?

Here are just some of the changes and challenges emerging from the General Election which are likely to shake things up in the Westminster bubble.

Last Parliament, those on the right wing of the Conservative party – typically Eurosceptic, libertarian MPs known as the ‘awkward squad’ – rebelled on key votes and refused to toe the party line, particularly on the issue of Europe.

With the Liberal Democrats voting with the Government, this generally presented an annoyance for David Cameron last time around, rather than a viable threat to the passage of key bills or his own credibility.

Now, with a majority of just two MPs and an absence of Liberal Democrats in the Cabinet, it’s likely that party policy will shift to the right, and the ‘awkward squad’ will command more attention from the party leadership. New Chief Whip Mark Harper might just have his work cut out…

After nothing short of a bloodbath for the Liberal Democrats, whereby the party retained only eight seats in the Commons, Nick Clegg tendered his resignation.

Ed Miliband stood down as leader of the Labour Party, having presided over the party’s biggest defeat in three decades, leaving Harriet Harman in charge as a caretaker leader as a hotly contested leadership election kicks off.

Will these two parties be able to focus on leadership elections and providing a strong opposition simultaneously?  We’re likely to see the Conservatives looking to take advantage of the distraction to set the tone and narrative in their favour in the first hundred days of their new Government.

Last week saw newly elected MPs receive their induction to Parliament, with a number of the new SNP MPs celebrating by tweeting selfies in the House of Commons Chamber.  With 56 MPs, amongst them Alex Salmond and Parliament’s youngest MP, 20 year old Mhairi Black, we can anticipate seeing a greater focus on national issues and devolution.

David Cameron has already met with Nicola Sturgeon to discuss greater devolution of powers to Scotland, saying he will consider beefing up the Scotland Bill to provide greater autonomy on tax and welfare for Holyrood. With the Scottish question comes the English question, with greater devolution to Wales and Scotland, so we’re likely to see more calls for ‘English votes for English laws’.

Want to know more about the new Government and Parliament and what the results mean for your organisation?

Get in touch – our Stand Engage team of public affairs, policy and stakeholder experts are ready to help you engage with new political stakeholders.

Rhiannon Hughes is a Senior Account Manager at Stand Agency and an unashamed political geek. She heads up the Stand Engage team, and thrives on using her insider knowledge and experience to help clients influence decision-makers.