Should we celebrate, or be cynical, about brands getting political? 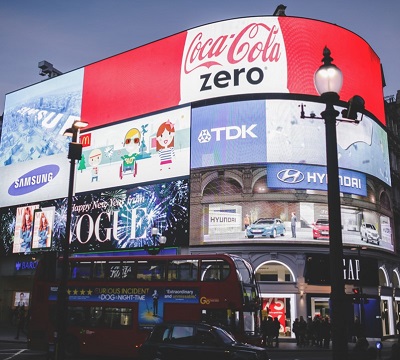 Over the last six months, campaigns by big brands have become much more political. This is unsurprising, as everything is getting more political with Brexit and Trump dominating the news space. But it’s also down to the rise of social media.

Twitter, Instagram and Facebook are where big brands will find the biggest market to tap into – Generation-Z and millennials. On these platforms, consumers can now directly communicate with brands in a public space, share an opinion that has the potential to go viral, or kick off a conversation about a campaign that might have fallen by the wayside previously.

This change has meant that brands now measure PR and advertising campaigns differently. Instead of just basing campaigns on when the most people will likely be watching TV, or newspaper readership numbers, it’s now also about online engagement. And what better way to get engagement, than to get political?

While there’s something slightly unnerving about the tide of political change being hijacked by big brands, as someone who works in PR, I find watching the reaction to these adverts fascinating.

Is it true activism by businesses, or an obvious way to capitalise on current issues for personal gain? Is it authentic, or fake? And ultimately, has anyone bought it?

Here are a few campaigns that have piqued my interest recently, for the right – and wrong – reasons.

One of the biggest adverts in the past 6 months was the original ‘woke’ advert, Nike’s collaboration with Colin Kaepernick. The 2-minute advert starred several sporting heroes and took on racial inequality, police brutality in the US and other issues that are a big part of current discourse.

As with many things, the fact that Nike got there first does make this advert more powerful than the rest. It was moving, authentic – and I’m sure for many across the pond, a welcome relief from White House dramas.

The more recent ‘we are not an island’ campaign by HSBC was launched at the beginning of January. With Richard Ayoade narrating, the advert aims to show that while Britain is an island, it is very much part of a bigger, international world, positioning HSBC as the world’s local bank.

I really liked this advert at first. In the midst of the Brexit debacle, I thought it tied well into the current discourse and definitely got people talking – plus, anything with Richard Ayoade and dogs in it gets a big thumbs up from me. However, a story I spotted a week later about an HSBC customer in Wales being asked not to write letters to his local branch in a ‘foreign’ language (Welsh) made the bank and its campaign seem both hypocritical and shallow. Brands need to make sure they’re practising what they preach if they’re going to comment on politics.

Gillette – the best an advert can be?

The men’s grooming brand recently took on toxic masculinity by launching an advert that changed their strapline from ‘the best a man can get’ to ‘the best men can be’. The advert shows a number of situations where men can encourage each other to be better, and work towards a more equal world.

Gillette have really felt the heat from the Twittersphere and beyond for this advert, with some users and media outlets suggesting that it’s alienating their key market (men), and many saying they didn’t like being told what to do by a razor company. While the cause of this change was quite obviously self-promotional, it’s nice to see a brand that’s previously been associated with macho, masculine culture, trying to change with the times.

This Christmas ad was a real winner for me. The cartoon orangutan telling a little girl about palm oil’s impact on the rain forest really tapped into the millennial mood and got a great reaction on social.

But, even better, creating an advert which was banned from TV for being too political was pure genius. Taking a gamble on where its intended audience was (online, not on the sofa) really paid off for the supermarket, as it led to a wider conversation and even a petition about the issue.

However, the company came under fire when the BBC found it was not sticking to its palm oil pledge and was still selling own-brand products containing palm oil. While it still brought attention to the issue, this once again highlighted to me the importance of authenticity in advertising. Even the best ads can be undermined if a brand doesn’t stick to its word.

Have I missed any of your favourite adverts? Email me at eryl@standagency.com