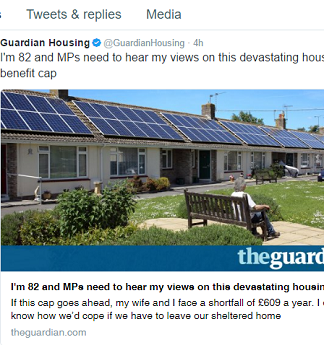 We had a fantastic March with plenty of #CrackingClientCoverage to share!

Solicitors for the Elderly

It doesn’t get much better than coverage in the front-page story of the Daily Mail – and that’s exactly what we secured for client Solicitors for the Elderly (SFE) on Saturday 11th March. SFE has been campaigning against the introduction of the Government’s new probate fees in May, widely criticised as an unfair and ‘backdoor’ form of taxation. This is an issue that SFE’s members feel passionately about, and thanks to ongoing national coverage throughout March (10 pieces of which featuring SFE), the Government has announced the new fees will be considered in parliament after Easter,

An SFE member has also set up an online petition, that has reached over 30,000 signatures. We’d appreciate your support! SFE Online Petition

Daily Mail: Take Out a Loan to Pay Death Tax

Stand has recently been working on a political communications project with three of the biggest providers of sheltered housing for older people. Our work has the aim of raising awareness about the potentially devastating consequences of the government’s proposals to cap housing benefits.

This piece of coverage we secured on the Guardian’s website is a first-hand account from an 82 year old who’ll be affected by the proposed cuts. The article offers insight into the implications of them leaving him, and many other older people, struggling to make ends meet.

The proposals are being reviewed in government currently and we hope that the noise we are creating through coverage and media briefings will influence the government to reconsider.

The Guardian: I’m 82 and MPs need to hear my views on the devastating housing benefit cap

The article, which is all about the barriers people face when it comes to reading, chimes with The Reading Agency’s objective to make reading accessible to anyone and everyone, irrelevant of age or socio-economic background. The journalist came to The Reading Agency for insights to inform the piece, reinforcing the organisation’s position as go-to experts when it comes to reading and books. As well as this Vice has 9,670,911 monthly unique browsers.

Vice (Online): What It Feels Like to Be Illiterate All Your Life

In March, Stand released the 2016 trading update for foreign exchange client, moneycorp. It was a record year for the business, against a backdrop of Brexit and the US election. The media response was fantastic, and following three national briefings, we secured 16 pieces of coverage. Our favourite was City AM’s piece, which focused on moneycorp’s growth and international expansion.

City AM: Record Growth across the board for moneycorp, the foreign exchange firm, in 2016