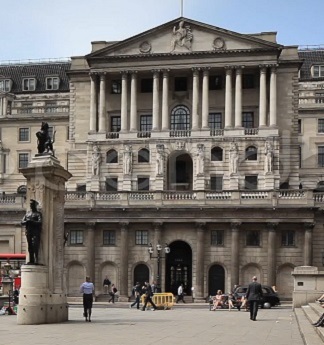 When it comes to the UK’s economic outlook – very much like the referendum itself – there exists two polarised schools of thought. The first sees the UK currently hanging by its fingernails from the edge of an EU-shaped cliff, awaiting an inevitable self-imposed fall in to the black abyss below. The second, far more optimistic view, is of a fresh new world of independence, full of free trade deals and hearty Britishness.

The problem for the average lay person like you and me is discerning which is true. If the Brexit vote has shown us anything, it’s that the media are just as confused and conflicted as everyone else. And can we blame them? Eight months later, not only are we still having to play catch-up with a referendum story that frankly nobody saw coming, but we’re also having to sift through a mixed pot of contradictory economic data, ex-Prime Ministers’ two cents, and a new wave of tweeting politicians and US Presidents.

Here’s an example: GDP numbers last month confirmed the economy got stronger following the Brexit vote – something not even the Brexiteers anticipated for the short-term. Great news! So, we’re home and dry? Well, not exactly. The data came with the caveat that it was the result of higher consumer debt and ‘industries servicing Britain’s shopping habits’ (FT). This ‘unbalanced’ reliance on consumer growth means the economy is equally vulnerable to consumer slowdown. So, it would appear every Brexit rose has its thorn.

British journalism may have received a bit of a pounding in recent times, but we’re not alone. Our media friends over the pond are locked in a similar battle with a presidential vote they never saw coming – but that’s a debate for another time. Frustrating as it may seem (and to be terribly cliché), when it comes to the UK’s economic outlook, the only certainty is uncertainty for the time being.

For us here at Stand, one of the benefits of working with financial services clients like moneycorp, a specialist in foreign exchange, is an insight in to the work that is happening on the ground with corporate and private clients dealing with the Brexit effects. It has been a difficult time for many, no doubt, but it has also been a catalyst for many British businesses and individuals to demonstrate their adaptability and tenacity in the face of economic challenge. I would like to think this is somewhat of a microcosm of the wider UK economy.

As we near the supposed triggering of Article 50, it’s time to prepare for another onslaught of apocalyptic vs utopia Britain reporting. Whichever school of thought you’ve adopted, we can only hope the biggest Brexit event since June 23rd might bring with it the dose of certainty we’ve all been waiting for… fingers crossed.