The Age of Loneliness 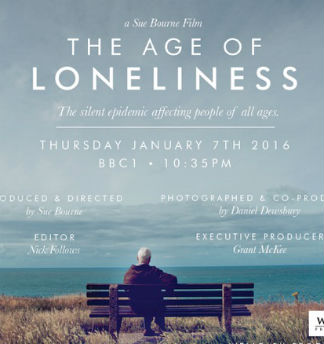 Here at Stand, we understand that loneliness is one of the biggest public health challenges that this country faces. Tackling this issue is a huge one for two of our clients:  Anchor Care Homes and Contact The Elderly, who both do wonderful and important work to try and help those who are older and lonely.

Most of us associate loneliness with older people, but a recent BBC documentary, called The Age of Loneliness, reminded me that loneliness can occur at any stage in your life. It’s usually an event that triggers it like a divorce, a new baby, the death of a loved one or losing a job, but it really can hit anyone at any stage in their life.

I had been looking forward to watching the documentary as it was made by one of my favourite female documentary directors, Sue Bourne, who doesn’t shy away from difficult subjects and has made some of the most compelling documentaries of recent times.

It didn’t disappoint. Each of the 14 stories she told in the programme was powerful. They weaved together to paint a complex and comprehensive picture of Lonely Britain. I’ll happily admit that I welled up several times during the film and I think a few of my lovely Stand colleagues will admit to doing the same.

Although at its core it was a sad film, it wasn’t downbeat and there were glimmers of hope as people tried to do something to alleviate loneliness.  In Sue’s own words, she discovered whilst making the film that “there is this wonderful army of volunteers out there at the end of the phone making cups of tea, befriending services, mental health support groups. Little things make a huge difference.”