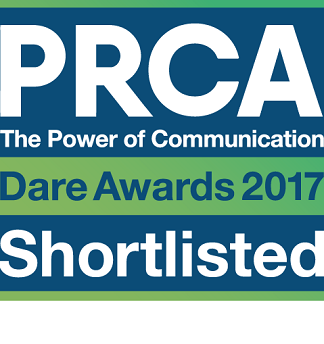 Charity/Not for profit Award: This award recognises exceptional PR campaigns delivered by or on behalf of charities or social enterprises.

The full shortlist for each category can be viewed here: PRCA Dare Awards Shortlist