When it comes to social media, are some more equal than others? 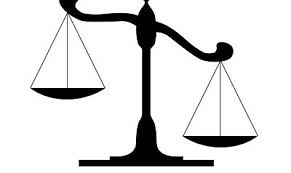 When it comes to social media, are some more equal than others?

There’s nothing new or exciting about observing that we’re all publishers now; that the power of traditional media organisations has been diluted; and that “people-power” can rule on social media.

But what does that mean?  Are we all equal in our responsibilities to fair and accurate reporting?  Is it fine for any one of us to sound off on any subject that pushes our buttons at any particular time?  And are some of us more responsible than others?

This final question, about whether our responsibilities are equal in the online world, has been plaguing me recently.  Ever since I read a particularly disturbing blog by Louise Mensch.  I won’t replay it here, but if you’re interested you can check out my Twitter timeline for 10th June, and you’ll see the offending blog and  my conversation with Mensch about it.

The bigger question it raises for me, is whether Mensch needs to be more responsible when she blogs than someone with just a handful of followers.

Is it ok for someone with a powerful voice to talk about subjects they might just have a passing knowledge of?

Should the influential have to live by the rules of Uncle Ben from Spiderman (oh ok, and Franklin D Roosevelt) who said: ‘With great power, comes great responsibility?’

Are we living in a time when, instead of the “great and the good” having power to express any opinion they want, the little people can express, within reason, what they like.  And does this mean the big people have to watch their step?

Is the power dynamic of saying what we think, at least in terms of how free we feel, being turned on its head? After all, anyone can, for want of a better term, “call-out” anyone else on their opinions via social media.

I don’t claim to have all or any of the answers to these questions. I guess for now we all have to live by our own judgements, and hope that’s enough.  But the ones that survive the judgement of the social media jungle, however powerful, will be the ones who: listen, engage, respond and evolve.