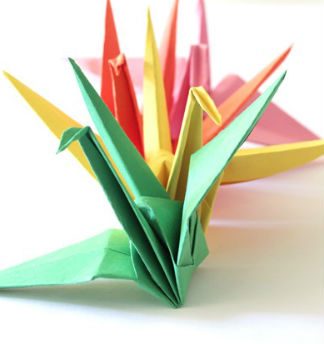 At the Making London conference last week, I pondered why the acid test for a great idea is that everyone ‘gets it’ immediately.

Digital music pioneer Scott Cohen, whose company The Orchard was the world’s first to distribute the digital rights to music – is an inspiring speaker. At last week’s event, Cohen gave a motivating speech about how he took The Orchard from a debt-laden start-up to one of the most successful companies in the world.

Most would have given up. In the nineties, Scott’s idea that music would be streamed and sold digitally when we were still using dial-up modems, seemed ridiculous. His unwavering belief in the power of this idea was astonishing. He had to explain, and explain and explain, even when there was no physical evidence to back it up. For years.

It’s easier to back down than fight on.  The gold standard in our industry is being able to explain an idea with 10 words or one image. We’re cautious about inflicting ‘death by powerpoint.’ We go to extreme lengths to make it simple, consigning the detail to the appendix. The assumption is that everyone is too impatient to listen to detailed explanations. It feels normal to kill off ideas that require anything more than two lines to explain. Is that right?

Some of the best ideas start off as the ‘shy wish.’

Often the most successful ideas don’t come from the most ‘creative brain’ in the agency or shout the loudest. Great ideas sometimes start as just a tiny thought that niggles away. Sometimes it’s about taking that tiny thought on a bigger journey until it feels right; until it flies. The ‘work, work, work’ in Lauder’s quote might refer to making the idea real; but equally it can also be about making the idea itself great.

Some start with the ideas and work backwards, retrofitting strategic thinking as an afterthought. But great ideas are grounded in great strategy. This makes them hard won and hard work. Which is really what Scott Cohen was saying when he referred to eating cold beans and sleeping under his desk, while he tried to make his idea fly.

Of course, only the great ideas should be ‘released’ into the wild. But we shouldn’t confuse a great idea with an idea that everyone ‘gets’ immediately. The two things aren’t necessarily the same, especially if the ‘work, work, work’ hasn’t happened.