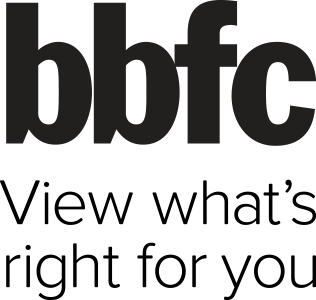 I’m sure we’ve all been here. It’s the end of a long week and Friday night consists of a film and an app-and-tap takeaway. Food, done. But picking the right film can be tricky. Not only because my partner wants to see Thor: Ragnarok, and I’m in the mood for gritty British drama, but due to the amount of choice we’re presented with at the touch of a button.

The landscape of film, cinema and video-on-demand has changed beyond recognition in the last five years. Previously, when a film went ‘straight to DVD’ it was a sign it had entered the bargain bucket. But, in 2019, ‘original content’ is worth a watch, even without its appearance on the big screen. Netflix recently revealed that ‘Birdbox’ received 45 million account views in just a few days, which has broken all records on the platform.

With the cinematic landscape and UK viewing habits completely altered, working with the British Board of Film Classifications (BBFC) on its updated film classifications – which come into effect on the 28th February – was a noteworthy moment.

The BBFC provides age ratings for every cinematic release in the UK, and subsequently any film or TV series that makes it to DVD release. The organisation is there to help everyone choose the right content for them and their recent consultation showed parents and teens find the service particularly helpful. But with more content available through online platforms and services, it’s increasingly important for parents or teachers to support young people with choosing well. With age ratings for online content currently only applied on a voluntary basis, ensuring children aren’t exposed to themes or graphic scenes that concern them should be central for online platforms and on-demand services.

We worked with the BBFC to get the right comms strategy in place so the latest update of the classification guidelines went beyond a public service announcement, and instead kick-started a conversation about the need for consistent age ratings for online streaming services. Our call for change went far and wide thanks to an event with an industry-leading panel, including Netflix’s Head of Policy, BBC Radio 6’s Rhianna Dhillon, and a young advocate at GirlGuiding, alongside a carefully honed news story.

At 900 pieces of coverage and counting, we made sure the key audience (parents and young people) engaged with BBFC’s message – cutting through the noise of a crucial vote on Brexit happening at the same time.

You can hear Lucy Brett, Head of Education at the BBFC, talking about the changes on BBC Radio 4’s ‘Woman’s Hour’ and read about the need for change in this piece from The Telegraph.

So, next time you’re picking a Friday night classic, take note of the classification – it’s there to help.