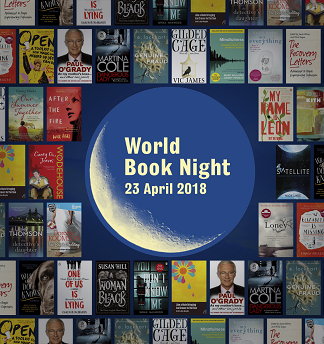 After the success of World Book Night 2017, it was no small feat to pull off an even bigger and better campaign in 2018. Fortunately, Stand were up to the challenge and delivered another smashing campaign that resulted in 199 pieces of coverage and delivered an important objective – to open up the conversation on the ‘right’ way to read.

To get people talking about World Book Night – the national celebration of reading and books, run by The Reading Agency – we devised a story around the engaging and relatable phenomenon of ‘book block’. Our newly coined term outlined an issue that many of us face – battling through books that we don’t enjoy. Our original research revealed that over 35 million people in Britain were paralysed by ‘book-block’ and over half admitted to being stuck on the same book for up to 3 months.

This revelation allowed for The Reading Agency to swoop in with an encouraging message that it’s time to put a stop to this – reading is to be enjoyed and people shouldn’t feel pressured to stick with a book that they’re not enjoying.

With ‘book block’ at the core, we built a media story that had various angles to engage journalists with – including the positive impact reading has on your wellbeing and mental health and the power of reading to bring people together. As part of our media offering, we also had an army of 23 authors willing to take on media opportunities and show their support across social media.

We teed up journalists early, as well as closer to the 23rd April launch. The result? We secured a whopping 199 pieces of coverage for the launch of World Book Night, including: 26 articles in national media, 14 pieces of regional broadcast coverage, and three pieces in consumer media.

Highlights include the CEO of The Reading Agency, Sue Wilkinson MBE’s, brilliant 10 minute chat on Sky News Sunrise and World Book Night author Kit de Waal speaking about ‘book block’ on 12 BBC Local Radio interviews. BBC Radio 4 and BBC 5 Live also got their teeth into the topic with feature-length pieces about our story.

As well as landing multiple pieces of coverage in The Times, The Daily Telegraph and The Guardian, we met the objective of getting The Reading Agency’s messaging out to an audience that are perhaps less likely to read for pleasure, through securing tabloid coverage in The Sun, The Daily Mail, The Daily Express and The I, and in online consumer platforms such as Yours.co.uk and Shortlist. Not only this, but we also had #WorldBookNight trending nationally on twitter, with our story being sent out to millions from the accounts of TFL, The Daily Mail, The Daily Telegraph and Waterstones, as well as from celebrity ambassadors like Debbie Douglas of TOWIE fame.

All in all, World Book Night 2018 was a record breaking year for Stand and The Reading Agency. Now… let’s see if we can beat it in 2019?